For as much as I enjoy being with Mr. Omar, I’ve often wondered why we’re still together. As a theology major with decades of religious schooling, I’ve heard quite a lot of opinions on what makes strong relationships, and we break almost every rule.

Compatibility or similarity, for example, often ranks high in the list of important factors, but apart from both avoiding drugs and alcohol, we couldn’t be more different in almost every respect. Though this may seem “exotic and exciting” at the beginning, teachers warned, it would eventually become grating and lead to hardship. Maybe there is some merit in this. Some days, no matter how much you love a person, you just want to dump their thousandth pot of curry in the trash bin and smack them with a well-made pierogi.

Community support, too, was heralded as a necessary part of relationship, often accompanied with that famous horror story that one day, some day, you’re going to wake up and find yourself completely miserable with your partner and your life, which is the exact moment when family and friends will come galloping in with a strong cup of tea and lots of tough love to force you to come to your senses and pull through.

And, though I can totally support strong community ties, it’s a luxury not afforded to everyone. Having spent a good portion of the last decade being mistaken as Mr Omar’s daughter or escort while my family sits on the other side of the world, nice community is certainly not a luxury I’ve had very much of, and I know we’re not alone in this.

And yes, though the circumstances surrounding our relationship may not have been ideal, it seems to have been working for almost a decade. I can’t help but wonder why.

I’ve mentioned before that little community support doesn’t necessarily mean little involvement. People can get really imaginative with their theories as to why we’re together, and too often wildly optimistic that, given my current choice in men, I’m clearly just itching to steal their (almost-always-less-than-desirable) husbands. But as a fantasy writer, I know the truth is almost always less fancy. In my case, Mr. Omar noticed me. He noticed me,  and said he wanted me. He bought me an ice cream and was kind. It really was that simple.

Several years ago we spent the night a San heritage site and education center, home to one of the oldest surviving cultures. It was off-season. We were the only ones there, and as usual, the evening passed without us saying much. Mr. Omar went scavenging for firewood and built a huge fire. I made videos of it to turn into a fireplace screen saver, took some photographs to use for the upcoming release of Rebel Fires, and spent the rest of the night following the moon and trying to match the sky to my star charts. I looked up stories of planets and constellations and chattered on about what the galaxy must be like now and perhaps what it had been like then, when the ancients had first charted the skies.

Looking back, I can’t help but think that in that moment, stripped away from everything and everyone else, we both behaved exactly as we are. Mr. Omar spent the time doing physically demanding, practical, (maybe even slightly dangerous) things. I was advancing one of my many projects while being curious and creative.  We both had the space to just be, and we were, exactly as we are.

In Rebel Fires, many of the characters struggle to find their voices. Nearly all pay a high price for trying, which for some, ends up being too much. I think many people face a similar struggle in real life. Perhaps it’s the reason that some find themselves in the horror story of being completely miserable.

In South Africa, one often hears of ubuntu, of the notion that “I am because you are.” While that is true and beautiful in many contexts of life, I find the answer I’ve been searching for in the slightly different version, “We are because I am.”

And I am. I study. I write. I talk too much and photograph bugs. I garden and laugh and do and think about a hundred other, quiet, curious things. And Mr. Omar gives me the space to do it.

It makes sense, I think. One cannot give oneself in love if there’s no self to give, but the self is a delicate, often shy thing.  In needs that space. It needs silence. And sometimes, on special occasion, it needs starry nights and ancient echoes, in the middle of the South African veld. 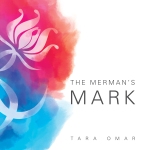 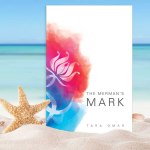 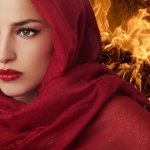 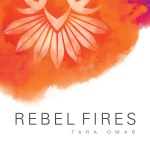